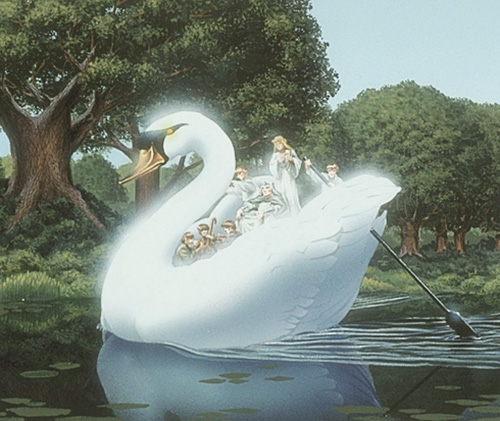 Song of Lords and Halflings

Elf-Song and powerfull characters and hobbits 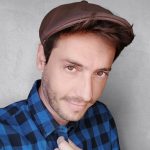 It is an original deck, with tricks, fun and competitive that takes advantage of the possibility of playing heroes’ big points. This is the deck I used to win the 2021 World Cup final. I was playing minion in the semis and lately I used to play Balrog, so no one was expecting me to play heroes.

The idea is quite simple, Sam and Fatty travel with Pallando to get greater items while big characters come out to help in the missions. Elf-song allows you to keep all characters in play. In the last turn, Tom and the factions are played with the company that interests you the most, once the wizard has appeared.

One of the strengths is that it is versatile and does not depend on Elf-song, Elrond, Hobbits, Tom, or the Wizard,… There is always a plan B and room for improvisation although it is clear that if the opponent doesn’t stop you and you are able to play everything, you have all to win.

Special mention to the community that has helped me to create the deck by contributing with a variety of ideas and testing it in GCCG.

One of the main tricks is that when the Elf-song is in play, a character cannot be returned to the hand or be discarded, so every character you play in the organization phase stays in game even if you exceed the overall influence. Remember that the free general influence is never negative, so there it is 0 when you exceed it. Take it into account when facing Call of Home, Muster Disperses or an opponent’s influence attempt.

Also, when there is an Elf-song, any character in a haven cannot be discarded by a corruption check (when he equals or loses by one the corruption check). This means that checks due to Vilya, Marvels Told, storing objects, etc. do not suppose any danger since they have no effect. Be careful with the Wizard, because when he fails a corruption check, he always dies..

The starting company is Elrond, Sam, Fatty and Folco.

Elrond is the boss. He always has to start the turn in Rivendell to use Vilya and be able to take out characters under him in case the wizard is out. In addition, Vilya allows you to recover three discarded resources when Elrond is in Rivendell. If the wizard has not come yet, he can travel with Great-road, Sam and Fatty. He can also use Great-road to go with another character for Tom. Try to go with a ranger to don’t miss a turn and a Great-road in vain.

Sam and Fatty travel with Pallando. If they start their turn out from a haven, as they are under the direct influence of the wizard, they can’t be discarded even if the general influence is exceeded. They are the main company to play things. If you want to play something safe, go with them.

– Go back and forth to the Grey Havens to draw cards if the hand gets stuck.
– Change him for Fatty or Sam in Rivendell if any is discarded by Call of Home or Pilfered.
– Stays in Rivendell with a character with the Palantir of Amon Sûl until it is aligned.
– Helps with a Stealth in a raid with another character.

Almost all of them are sage so you would have no problem doing Marvels.

Plays greater items in the nearby places. When you get the Palantir in hand, go find Align Palantir on the sideboard. Store it with the Align for 7 brilliant points. Store everything you play to avoid corruption. If you have to leave Rivendell unprotected in one turn, you can carry a sword with the character who needs it. Reserve the north to be able to take a short way in case you do not have a Great-road.

One of the challenges of the deck is to get the faction in the last turn, since having the general influence to the max makes you lose it almost certainly with the Muster Disperses.

The easiest one is the Elves of Lindon sending Cirdan or Thranduil there as soon as they are played. When playing it in the last turn be careful not to be tapped by Adûnaphel or get Foolish Words on guard. Against Adûnaphel you have the Hall of Fire, and against Foolish Words you have Marvels Told or a Tempering Friendship in the sideboard.

You can also play the Rangers of the North which can be easy with the wizard, Strider or Elrond. Also there are the Hobbits just in case there is a chance that you get Long-grievous at Bree, or the opponent plays Rangers of the North and defends them. You can go find both with Tom Bombadil without problem.

The best ally is Tom Bombadil, but there is a Noble Hound that you can go for in Cameth Brin in case you don’t want to compete with the opponent to see who takes Tom out first. The ally is on the sideboard and gets into the deck when the wizard is already in play and you can secure two good companies.

It is important to maintain the limit of 2 hazards per company because of Stealth and to minimize the limit of hazards.

Use Great-road wisely so that the company always returns to Rivendell. In the last turn it does not matter, so you can split companies and send them to score points.

If the wizard is in play with the hobbits, you can end the turn outside the haven. An easy way to get them back is by using a Great-road the next turn with another company leaving from Rivendell and going to the place of the wizard and the hobbits. In the site phase they join together, play whatever and at the end of the turn the resulting company can use the Great-road to return.

Also take into account that Great-road is a resource that can be duplicated, so it can be used more than one at a time if you need to speed the deck in the endgame.

Elf-song is a long-event so the trick of playing characters will be effective the turn after it is played. The character is played in the organization phase, and the song in the long event phase.

This is why you can use Elrond and Vilya to play a character under his influence. Then you play the Elf-song and the next turn that character can be controlled by general influence.

Even if the wizard is away from the haven, you can play a character under Elrond’s influence by using Vilya.

If thw Wizard is not in play but Elf-song is in play, you can play Cirdan and Galadriel directly at their Home Site.

You can play characters with A Chance Meeting in many places. With the Wizard or Elrond and Vilya it is easy if they have free direct influence. It is advisable to leave that for the last turns because there are other important cards on the sideboard to be played before.

Strider can draw Tom from the discard pile because of his ability. Whichever turn is convenient, you can tap the wizard to put Tom from the sideboard to the discard pile, and in the site phase return him to your hand with Strider’s ability and play him straight away. Therefore it is advisable to secure the play with one or two Crams on Strider. The ideal scenario could be a company with a hobbit that plays Stealth and thus we’re just exposed only to Call of Home or Rivers.

The first and second turns are usually not very productive, since you do not go for items until you have a decent hand. If the first turn you have Great-road and an item you could already do something with Elrond, Sam and Fatty. If you don’t have a Great-road, you have to wait for the wizard. In the case of having a bad hand, the best is to move Folco and use the all the resources you can to complete your hand in the movement phase. You can regenerate a 7-card hand this way.

Ideally, in a tournament, the opponent starts so you can get rid of hazards on his turn and start your turn with a decent resource hand. Moreover doing so, you can be sure which is your last turn and thus play the factions.

Another strong point of the deck is that you start the game with a hand of 9 cards, and quickly you have a hand of 10 when Pallando comes out. With Cirdan and Galadriel you get 12.

Playing with deck, discards and sideboard

The deck plays with discards and sideboard in the same way that you use the playing deck. With Vilya and Smoke Rings you recycle whatever you need, even characters. With Smoke Rings you can bring Longbottoms or other resources from the sideboard to prepare the last turns.

Fast grab bag without combos. They are focused to be played fast and don’t clog on the hand.

Many Sorrows Befall. It can remove the Elf-song easily and in the next organization phase you’ll have to discard a couple of characters. There are games that I haven’t been allowed to play it at any time and even so I won them because you can score a lot of points and you just have to control to don’t lose the important characters.

Call of Home. Hobbits are protected with Tookish Blood but other characters may be returned to hand. Although the Song is in play, when the characters move from the haven they are vulnerable. That’s why you have to try not to risk Elrond or other key characters.

Bane of the Ithil-stone. Especially against minion it is very possible that you find this card. With it you won’t be able to do tricks with discards. With three Marvels Told you should have enough to control the game. Remember that all the events that recover from discards are short-events, so you can always play them in response to Bane being played if you don’t have Marvels in hand.

Finish the deck. If you have Echo of all Joy on the Elf-song, you have to control when a deck is finishing. Maybe you don’t realize and the opponent ends the deck, and that ruins your stuff. Try to have at least one Song without the Echo and if possible use the Echo only if it arrives in the first turns.

Doors of Night. It cancels the Echo and can take away the whole Elf-song stuff. If there are Doors in sight, don’t use the Echo.

Lady of the Golden Wood. Against minion the Lady is played as Hazard instead of Galadriel. You have to try to defend it and recycle it if necessary to prevent the opponent from recycling what hurts.

Daelomin at Home. Against the hobbit company cannot be in game, because the guarantee of their safety remains in the limit of 2 hazards.