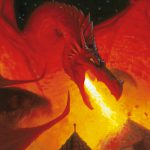 Thanks to Heiner for publishing

How I play it:

1. Because of the hazard limit walk only with buthratkaur/bolg out of moria (if i draw not the balrog and/or one of the deck characters I play never a character
from sideboard. Only exception are games against dunking decks, where I send out a second company for hunting from turn 1, the additionally speeds up you deck to call as soon as possible :-)). The guys could stand most creature hazards, especially if you draw i´ll report you and/or have voices in hand, but a chilled elflord you still really have to fear
(the reason why i play the deck sometimes with 3 voices and one less foe dismayed, foe dismayed could be anyway substituded by risky blows if you like
(it is better for killing the big creatures and cvcc but makes it harder to get the orks of moria!). After turn 1 i only walk 2 wildernesses or 1 shadowland if i have voices in hand!

2. Sideboard Smoke on the wind if opponents wizard is radagast (you can then make 5 easy points at rosgobel because of the missing auto attack (play map and burn :-))

3. If you draw no mp ressource in you starting hand head for isengard, most mp ressources are playable there. Additionally you can play a sideboard character at the underleas and go up to mount gundabad to draw 2 more cards
(and may be play a major item if you are so lucky to draw it :-). Alternatively you can go to the wind deeps, because there you can discard the character in turn 2, but you draw one less card! carefully think about the pros and cons because a 3 minder at mount gundabad means you can not play umagaur with bolg!!!, but a 3 minder at winddeeps could be disacrded as second charcter!

4. If you have the balrog out and great shadow in play you should play a 3 mind character with whctc together buthrakaur/bolg to be protected against unhappy blows, espacially
you have the feeeling your opponent sideboarded the card 🙂

5. Attack hero companies with your main company almost always if you can combine it with playing mps at the side before, if not carefully think about if it is worth attacking espacially if there is
a possibilty the the opponent could cancel the attack, in doubt not attack. Hill trolls are nice single cvcc charcters, so if you have enough gi free send them out for cvcc, this could really enoy you opponent, he surely did not like to make a + power 8/7/6/5 dice role of one of his main characters or wizard aganist a + power 4 dice role of a shitty hill troll you not really need anyway 🙂

6. Balrog should the first rounds only sideboard and play the orks of moria, then in last 1 or 2 rounds before the end he should be at the undergates.
During orgaphase bring in from sideboard 3 cloaked by darkness and 1 or 2 darkness wieled, black acient axe and aiglos should hopefully already be in the deck.

7. if possible only move with 2 characters (balrog and a ranger) to the undergates in the last turn. Now you should have at least cloaked and 1 darkness wield in hand. as important or even more important is a voices in hand to get rid of the way is shut or the witchking (remember: the way is shut could be as well fizzeld by 2 cloaked by darkness)

The deck is quite fast and normally gathers 30 – 40 Points in 4 to 5 turns if you play it correctly and opponent does not hurt your outside company too much. Balrog and friends should in any case be able to make at least 20 – 24 points so a 0 – 6 or 1-5 defeat it quite unpossible. Only dunkl decks are to fear so you may be you want to add some more dunk
protetcting like sized by terror to the sideboard, but it is hard to kick out one of the existing sideboard cards without a bad feeling 😉

The hazard deck is espacially designed to stop hero or fw speed decks. This decks are because of there speed the most dangerous decks for you to face.
This decks tend to have small company seizes, so alone and lure of nature are a threat by itself but combined with balance it is normally very quickly
devasting for your opponent. Against a at least 4 caracter company dwarven deck and even more against pure hobbit deck the hazards could be a bit weak, so normally it is good to concentrate on the wizards company with the lure cards. 5 of the 7 deck lure cards are playable on the wizard! If you find a slot in the sideboard Lure of Power and Longing for the west could be interesting addional lure cards.
Against dwarves one or 2 more Lure of Expedience could be interesting. May be you find a slot in deck or sideboard, good luck :-). Second alternative is attacking them with your main company, dwarven decks normally have not to much cancelers.Anyway your deck should be much faster so you normally do not have these deck too much it is more for higher winning than 4-2 to corrupt them ;-).

Central hazard card is the balance of things, combined with lure of nature, alone and or even lure of senses on a «haven wizard» it could be an very effective 2 card
hazard because all lure cards normally forces one to multiple cc by itself.
So be sure to have voices in hand to get rid of the lady to be able to recycle balance. An other central card is that is not that obvious is the bain, for that reason it is 2 times in the deck ;-). It hindersd your pooponent to recyle, marvelous tolds, cock crows and/or 1 friend or 3 from discard pile which makes him a lot more wunderable to you lure cards. It is hard for your opponent to use his last marvelous t.
on the bain if there is a alone or a lure of nature on one of his characters so normally it would stay on the table for the entire game. That makes all the other permanents in the deck as well more effective, opponet normally will hardly be able to get rid of them!
I personally like many sorrows but this card may easierst replaced by a additionally Lure of Expedience. One other candidat for replacement may be one of the unexpected outpost. Revealed to all watcher I would never replace because it speeds up your deck so nice, the 2 at home dragon may be replaceable (or better go to sideboard) by 1 corps candel and a lure card as well (you need the creature to fulfill the limit that is exactly 12).
This is as well possible for the other half craeture cards.

In any case I wish you good luck with the deck, in my eyes it is one of the strongest existing decks you can play against hero/FW, so do not disapoint me 🙂